Amidst sanity there is always insanity. 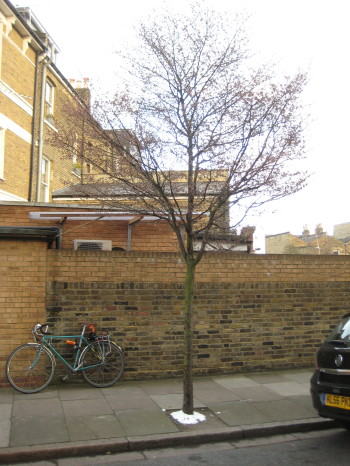 Yesterday the weekly veg collection turned into a mission to save a tree's life. Leaving the Old Fire Station in Stoke Newington - having collected my Growing Communities veggies and my SoulShare Whiting – I noticed an unnaturally white patch under the street tree opposite. I quickly realised the white powder around the base of the tree was salt and this was an attempt to kill the young tree. Salt absorbs water and when it leaches into soil tree roots die from desiccation (i.e. osmosis is reversed and water is drawn out of the roots to dilute the higher salt concentration in the soil). Salt can also be translocated within the tree, killing buds, leaves and shoots. 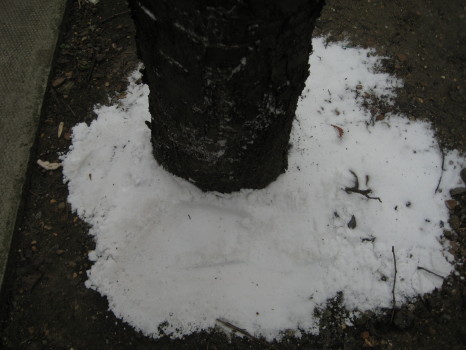 I took a photo intending to alert the Council tree officer but then decided it was urgent to act before it rained and washed the salt into the soil. I tore off some cardboard from one of the veg boxes in GC's yard and started scraping away. Although deliberately compacted around the base of the tree the salt came away reasonably easily. I tidied up by borrowing a broom.

The salt was very fresh and was presumably put there that morning or the night before. All that is needed now is for the culprit to be made aware that their destructive attempt did not go unnoticed! 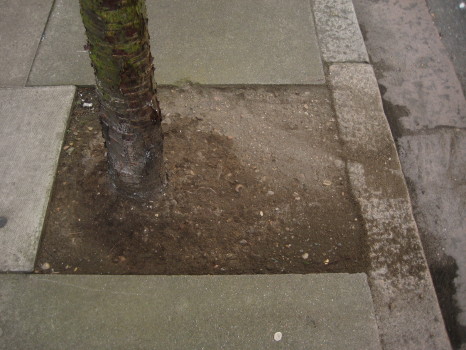