The Wilmer Place Sainsbury's and residential development abutting Abney's eastern boundary is back before LBH Planning.  Techincally you only have TODAY to register new objections. Please do so, it only takes seconds. For more info see my new objection (below), my previous objections and Stokey Local. If you miss this deadline keep the objections coming (to planning and or to your local councillors).

The developer wants to build right up to Abney's boundary. This would destroy a 120m woodland edge which the developer's ecologists and arboriculturalists have failed to mention. In very brief observations last year I found nationally and locally important moths, hoverflies and spiders in Wilmer Place adjacent to Abney. The developers Bat survey also confirmed noctule and pippistrelle use this woodland boundary. 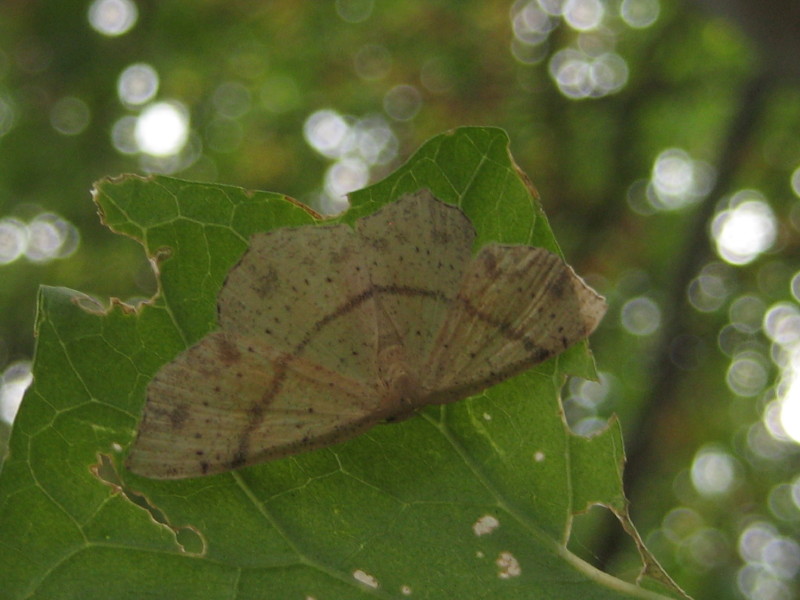 The revised application doesn't addresses the adverse impact this development would have on the ecology of the site.  The developer fails to understand that the north and west of the development site are integral parts of a regionally (arguably nationally) important nature reserve.
Nowhere in the ecology or arboricultural reports do the developer's consultants acknowledge the fact that the north and west boundaries are woodland edge habitat. The importance of this habitat is illustrated by the discovery of 3 different species of bat (Bat Activity Survey) and the 3 protected invertebrate species  (R Miller objection 10.9.12). Were proper surveys to be conducted it is certain more protected species would be discovered. What is known for certain is that London BAP and Hackney BAP species will be adversely affected, as well as many unprotected species.
The conclusions of the original Phase 1 Ecology Report that, Wilmer Place contains no significant ecologically valuable habitat, and therefore, the ecological impact from the proposed development is likely to be negligible, are utterly false. The truth is the development would completely destroy approx. 500m2 of woodland edge habitat contiguous with a Metropolitan SINC.  This is in addition to the adverse impact inside Abney Nature Reserve now admitted by Dr Carson (12.2.13). Carson's latest report still completely ignores the destruction of the woodland edge habitat in Wilmer Place. By looking at the development site and Abney as seperate sites Carson has invisibilised the most important ecological feature, the boundary between the two. This despite being directed to it by LBH Biodiversity Officer Garry King and R Miller. Further, Abney's veteran boundary poplars are seriously threatened by the proximity and depth of excavations of the proposed building. None of Abney's trees was recognised as having any ecological value in the flawed BS5837 survey.

Buildings that destroy nature reserve habitat must be prohibited.

IT IS VERY EASY AND QUICK TO OBJECT ONLINE. YOU ONLY NEED SAY YOU OBJECT TO DESTROYING THE WOODLAND EDGE TO ABNEY 'S NATURE RESERVE.

Many of the new planning documents were not avialable on the LBH website so there is a push for longer consultation.

Objection done. Thanks for keeping us on top of this, Russell.

The revisions to the development primarily involve reduction in overall height. Whilst this is good it does not go nearly far enough. The building would still cast considerable shade over Abney.

However the most significant issue is the building's ground floor (and below ground) footprint which is so close to Abney's boundary (<0.5m) trees in Abney would have to be trimmed to build it.  This is why the proposal necessarily means destroying the entire woodland edge on the building's west (100m) and north (20m) sides. At present the entire boundary is open with a 2-3m grass verge all around.  This provides good herb and field layer (in Wilmer Place) to complement Abney's trees and shrubs, which extend across the boundary.  There should be a 20m wide buffer zone around Abney and any development within that buffer should have to complement not destroy the nature reserve. This can easily be done with a 10m wide gradiated shrub and grass edge. The developers would only loose 1000sqm of floor space at ground level and very little above (because the existing building steps back from the cemetery at floors 1 and 2.