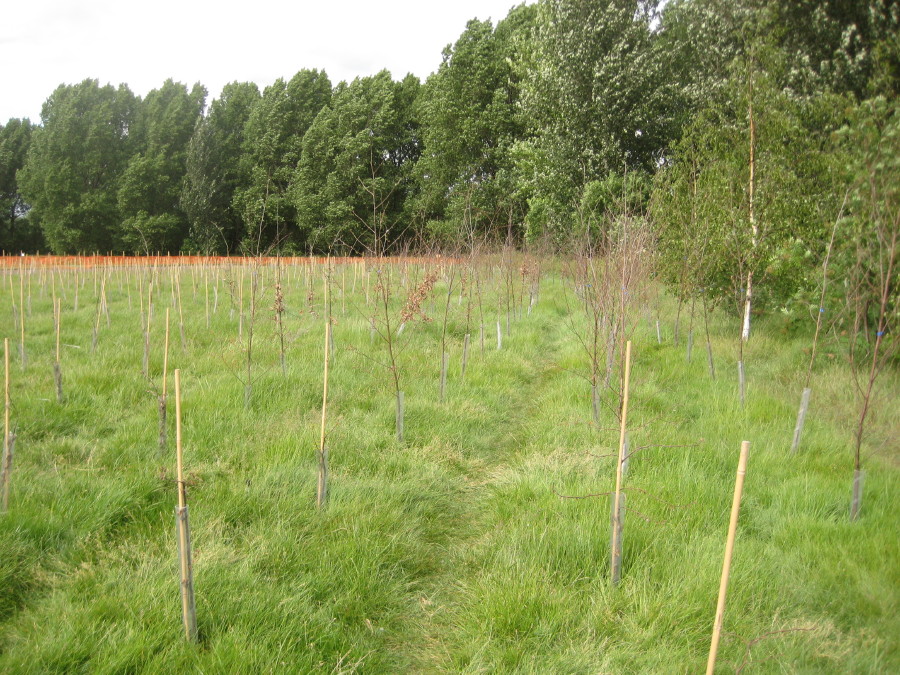 Read it, weep and then read what you can do.

Since my complaint to the Local Government Ombudsman in January - about 10 years of tree carnage in Hackney - LBH contractors have planted around 4,000 trees. The council's in house parks service have planted almost none thanks to a banker bailout spending freeze.

The rain today is very welcome for all trees but it comes too late to save any of those 4,000. They may  not all die - indeed given the survival power of life forces somehow a handful will retain a grasp on existence, at least long enough to try and set seed - but most will.

On Hackney Marshes (Main Marsh eastern fringe) 3,500 whips have been doomed to death since the ignorance of the landscape architect's planting specification was adopted in face of better advice. None of the trees was mulched, the simple cheap way to guarantee good survival rates whatever the weather. Instead money was wasted on rabbit guards and canes because Robert Camlin can see rabbits on Hackney Marshes from Cardiff when those who know it rarely do. So instead of being given a fighting chance the trees were condemned to a grassy grave as they were strangled and dessicated by vigorous grasses. I'd say around 2,500 are dead already. The rain might save a few hundred that were planted in cultivated bare earth areas. Loosing all the wild flower seed that cost another £30k (I'm guessing) to deliver is perhaps bad luck. The spring drought has been extraordinarily dry. However, as any tree planter would know, well planted trees will survive in numbers if mulched, these have died in their thousands. The situation in HLF wonder Clissold Park is much the same. None of the 200 trees planted in 2011 has been watered yet. Indeed I spoke to Osbourne's site manager on Tuesday and he was about to meet the planting contractor to discuss a watering programme. I enlightened him as to the condition of his trees and said out I would be surprised if 100 survived. I told him they could be saved - the 100, not the rest - if watered twice a week until September. Rescuing half dead trees is a lot harder than establishing new trees. My guess is they've had over £50k for the planting and aftercare. No doubt Councillor McShane and his tree loving Mayor will do f all again to remedy the scandal. Lets call it £100k of trees down the pan. Meanwhile a man whose given his life to expert management of trees leaves the council today as part of John Wade's privatisation scam. LBH's Anti-Tree Policy is but one example of the insanity that passes for rationality in the dictatorship of Capital. The insanity is complex. It is constantly justified and reinforced by power and stupidity. You are part of the answer. All you have to do is think.

Read more and THINK for a better future.