Ecology and biodiversity won the day at a packed and dramatic Planning Sub-Committee at Hackney Council Chamber last night.

A mass campaign led by Stokey Local and supported by Sustainable Hackney resulted in over 5,000 objections to the insane Sainsbury's plan for Wilmer Place in Stoke Newington. The developer Newmark Properties wanted a massive building within 0.7m of Abney Park Nature Reserve and to cut back veteran trees inside the reserve in order to build it. In a staggeringly biased and poorly argued report Hackney planning officers recommended approval but against all the odds the planning committee threw it out voting 4:2 against.

It is extremely difficult to persuade the committee, made up of elected councillors but who act in an independent quasi judicial role, to go against their own officers' recommendation. However several members picked up on concerns about damage to Abney's woodland wildlife and questioned the scheme. Nick Perry, objecting on behalf of Stokey Local, Hackney Planning Watch and Stoke Newington Conservation Area Advisory Committee, demolished the purported benefits of the development pointing out that the new jobs Sainsbury's would bring were a poor substitute for the existing small businesses that currently occupy the site. He also challenged the scheme's housing (83% unaffordable) and its impact on adjacent heritage buildings. Two local councillors, Daniel Stevens and Louisa Thompson, made compelling speeches on behalf of constituents.

I spoke on behalf of SH, Tree Musketeers and Hackney Parks Forum but primarily as an expert tree consultant and ecologist. The planners admitted they had dismissed objections based on ecological arguments in favour of the evidence provided by the developers but that they had no independent way of evaluating the material since the LBH Biodiversity Officer left in February. Several members asked questions about details of the biodiversity impact and it became clear they were less satisfied with the developer's reassurances.

Why was this mad scheme ever considered?

This planning application should never have got anywhere near committee. The development was designed on the basis that all Abney's boundary trees would be felled. The developers pulled back from that suggestion when they realised it was politically dangerous for them but they did not pull back the building footprint. Wilmer Place contains Abney's eastern woodland edge and it is unique because there is no boundary wall and no building shading it. It also has a narrow 2m herbaceous border which compliments Abney's tree canopy providing an open, structured edge habitat. Consequently the boundary is a species rich wildlife haven that deserves the same protection as the rest of Abney. I found three protected species inside Wilmer Place in two very brief visits last summer yet the developer's ecologist found none. His report concluded Wilmer Place possessed no “significant ecological value” and therefore the “ecological impact from the proposed development is likely to be negligible”. When forced to do a proper bat survey the ecologist did find three different bat species using the woodland edge but he worded the report to imply the bats were off site and therefore not threatened. Similarly the arboricultural consultant condemned most of Abney's boundary trees as worthless and said they should be felled. There was not one word in his reports that mentioned biodiversity or even the fact that the trees were in a nature reserve.

Who is Hackney Council Working For?

That such self serving corporate garbage can be accepted by Hackney planning officers as gospel and yet detailed objections by less compromised and more informed experts can be dismissed (none of my comments were mentioned in the officer's report) illustrates how strongly profit orientated propaganda controls planners. Why Hackney should have ever supported a Sainsbury's on this site remains a bit of a mystery. Andrew Sissons, Head of Regeneration, is reported to have said they were 'desperate' for Sainsbury's to help Stoke Newington compete with Upper Street but, if true, this just illustrates how little the head of regeneration understands about economics. No one from Islington was ever going to cycle or get a bus to a Wilmer Place Sainsbury's and with no parking they weren't going to drive there either. The plan was a loser from the start.

This has not gone away. It will probably go to appeal and there are many battles still to come. However yesterday was a huge victory for local people, common sense and wildlife. It was won by the dedication and hard work of many local people.

Lessons to be Learnt

or a non-capitalist society based on need not greed, equality not power, love not fear. 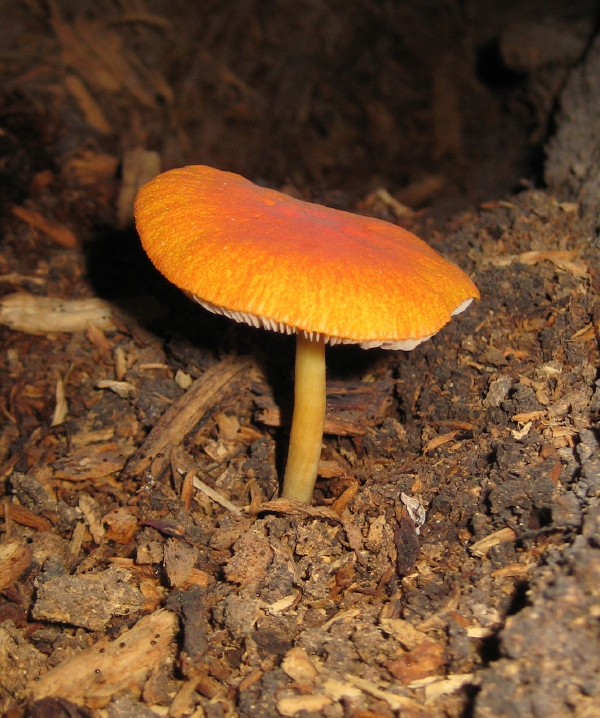 Congratulations to all who contributed to the campaign against this monstrous development.  Russell, thanks for the fantastic job you did on the ecological issues and, along with Nick, Damien and the two councillors, for getting the message across on the night.

So, we can fight.  We can win!  But, as Russell says, they will be back.  And we need to work out what we are fighting for not just against.

First up, Abney:  some good people have organised the first meeting of a user group - 7pm Thursday 18th April.  Please go along!  And if you can't or are already over-committed email them at abneyparkusergroup@live.com so they know you are a supporter and can be called on if and when necessary.

Secondly, make sure there's a broad understanding of the issues so developers cannot pull the wool over our eyes.

Biodiversity: some appreciate the intrinsic value of wildlife and the natural environment and will stand up and fight against concrete being poured over it.  Quite right!  But why is "woodland edge", for example, so important and how does it relate to our struggles on, say, climate change?    The interior of woodland is dark.  Outside the woodland (as in Wilmer Place) is light.  Between the two is a continuum of progressively changing light which creates different niches for different species to inhabit.  Contrary to the developer's tree officer's comments that the species in Wilmer Place will have come from within the woodland and blocking the light with the building will not affect the populations, the species are there because they are adapted specifically to niches within that progressively lighter edge.  These different habitats and their species are what creates resilience in the environment.  If one fails (say ash through dieback) there is another to do the same job, making organic matter from sunlight and air, eating it, decomposing it and keeping the whole cycling of carbon and other elements going.  This resilience, these multiple pathways, is what we need to protect and build on to try to recreate stability now that we have upset the climate through burning of fossil fuels.

Abney has many 'veteran' trees too (post-mature the developer's tree officer called them).  These are important for the different species they support.  Britain has particular responsibilities under the European Biodiversity Action Plan (BAP) to take care of veteran trees.

These steps are all important in protecting the 'gene pool', the information of life itself.  It has developed over billions of years.  Once its gone, its gone.  That is why BAPs identify species and their habitats that need special attention.

Jobs:  we need our diversity too.  The existing mostly 'B' class jobs in Wilmer Place are important alternatives to the increasing 'A' class jobs economy (retail, bar and restaurant work, etc).  If we want more of these different types of jobs, we are going to have to come up with a scheme.  I urge Stokey Local to organise a meeting where we can discuss what we are fighting for.  How can we create a resilient local economy able to help us through the ongoing crises of capitalism?  What sort of accommodation can meet both environmental and economic requirements?  How could we take a project like this forward?

By the way, the developers actually had the nerve to argue the jobs in Wilmer Place are short term - as if this had nothing to do with the short term leases they've been issuing.

Congratulations, Russell - and everyone else who contributed to the campaign, of which I'd heard most from a local adherent of Hackney Planning Watch seeking help with a petition.

I hadn't realised that you could so helpfully stand in for our lost Biodiversity Officer but thank goodness you did!

Well done Russell!! I know a lot of people were involved, but I do think a large part of this amazing outcome is down to your expertise and commitment. Let's hope this sees a changing of the tide which has done so much damage to local communities.

That's made my day! Sorry that I was unable to be at the meeting.

Fantastic news Russell. Congratulations. We followed the progress last night on Twitter- the first time I have seen any real point to it! Here,s to a speedy SSSI designation to protect it further. I was interested to see there are 3 types of bat