MY formal objection to the propsoed Wilmer Place Sainsbury's monstrosity 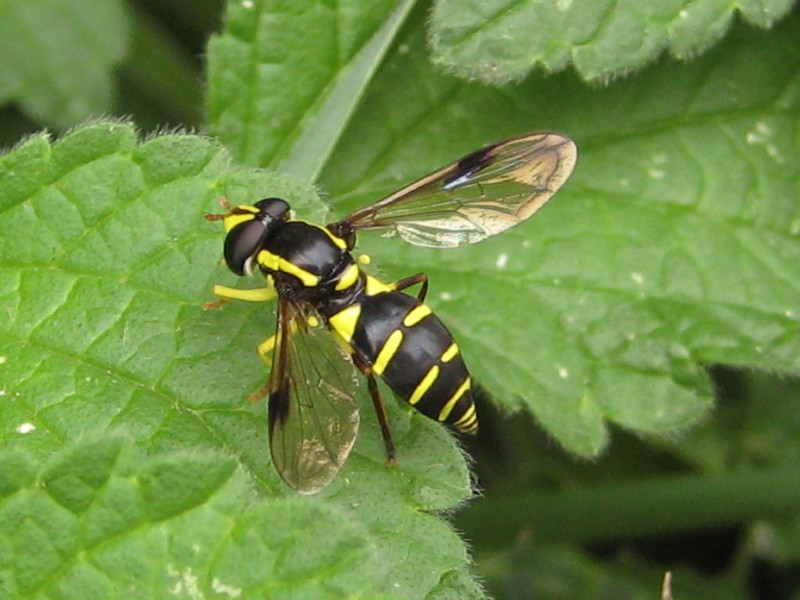 In summary the proposed development should be rejected on the following grounds:-

The developer concedes that their proposal falls within this definition because the site is 0.51Ha and they want to build a supermarket and 6 story block of flats.

However Hackney Planning replied to the developer's enquiry about the necessity of an EIA stating in their view the site did not fall within para 10 of Sch 2. This is wrong and a breach of LBH's duty as a planning authority.

The criteria for determining whether or not an EIA must be done for a Schedule 2 development are contained in Schedule 3 of the 1999 Regs and Government Circular 2/99. Essentially they concern the nature, size and location of the proposed development. Predictably perhaps the developer argues their development does not meet these criteria but significantly says very little about location. This is because the development site is adjacent to Abney Park Cemetery Nature Reserve, a designated Local Nature Reserve and Site of Metropolitan Importance for Nature Conservation (i.e. one of the most valuable nature reserves in London).

Again Hackney Planning casually dismiss the need for an EIA with the sentence “the proposed development is not considered likely to have significant effects on the environment by virtue of its nature, size and location.”

Given the development site is located immediately next to one of London's most valuable nature reserves there could not be a more sensitive location in Hackney. Effectively LBH are saying they will never require any developer to conduct and Environmental Impact Assessment. It is precisely because no EIA has been done that their conclusion that “the proposed development is not considered likely to have significant effects on the environment” is meaningless. They have no idea what the effects will be because they do not understand ecology and they refuse to require the developer to provide the information to make an informed assessment.

We do know there are protected species at Abney. These include Pippistrelle bats. Furthermore the developers own ecological surveys of Wilmer Place and its buildings revealed evidence of bats (i.e. droppings). Their ecologist also rightly observed the potential for bats to be roosting in the veteran black poplars on the boundary of Abney. However despite all this evidence the developers have not conducted a nocturnal bat survey on the Wilmer Place site (or if they have they have not released it). This is a basic and obvious necessity where bats are known or likely to occur. Whilst the developer seeks to down play the significance of the development site it is highly possible that bats use the existing car park and Abney woodland boundary to hunt and navigate. Bats are protected by law and where they is reasonably evidence to suggest they are present a bat survey is a basic necessity.

The Wilmer Place development cannot be considered without a full nocturnal bat survey conducted over several months by a suitably qualified ecologist. This basic requirement should have been picked up prior to a full planning application being submitted. Indeed even the developer's ecology strategy suggests a full bat survey be conducted over 12 months. Failure to do this should automatically cause the application to fail. The planning authority cannot grant permission to build in the knowledge that bats may be using the site and the developer having failed to conduct the most basic investigations.

The position regarding trees is even worse than bats. The developer originally sought to fell 12 trees inside Abney Nature Reserve. That was the position up until June 2012 when I first saw the developer's Oct 2011 Tree Survey. I immediately wrote to Hackney Planning's conservation officer and LBH tree officer pointing out that trees at Abney should be managed in accordance with the Abney Woodland Management Plan and that no developer should be permitted to dictate tree management on the nature reserve. I have not received any reply but the developer did subsequently meet representatives of Abney Park Cemetery Trust and there undertook not to fell the trees. However they have not altered their design to facilitate the trees' retention.

This development cannot be built in accordance with the British Standard and is therefore unworthy of planning consent. The developers claim Abney's trees do not need RPAs on their site because the boundary wall prevents roots from leaving Abney. They claim to have dug test pits and found no roots. However this is neither a fool proof method for establishing root presence (not least because they did not dig the entire boundary) nor an acceptable method recognised in BS5837. Furthermore the alleged obstruction to roots, the boundary wall, does not run the entire length of the boundary. The logic and methodology are fundamentally flawed.

What the developers and their arboricultural consultants fail to understand is that RPAs as defined in the BS are design tools and not actual root areas. Actual root areas are extremely difficult to establish because roots are underground and hard to find. The idea of RPAs is to provide a methodology for retaining trees on or adjacent to construction sites in such a way as those trees survive. By completely ignoring RPAs within the site the developers claim they can build right up to the boundary without damaging the trees they wanted to fell. This is simply rationalising what they always intended and has nothing to do with trees, root areas or best practise.

If permitted the development will actually physically touch the existing trees. Obviously you cannot build a building that will touch existing trees without damaging those trees during and after construction. There is absolutely no excuse for permitting a profit led development to destroy trees in a nature reserve simply because it suits their profit motive not to follow basic industry guidelines. This should have been picked up pre-application by Hackney Planning but should have been avoided in the first place by a proper arboricultural survey informing the design at an early stage.

The Threatened Trees. Whilst they may not appear hugely significant to the untrained eye (or even the apparently trained eye of the developer's arboricultural consultant) the trees at risk are extremely valuable for wildlife. Most significant are the eight veteran black poplars. These are misidentified as over mature in the tree survey. Whilst the distinction between over mature and veteran is a sometimes subtle the crucial issue is the tree's value to wildlife. Unfortunately whoever surveyed the trees for the developer appears to know very little about ecology. A unfortunately poor choice of surveyor to map trees in a nature reserve.

The veteran black poplars on the boundary to the development site will be destroyed if this proposal is allowed to proceed. This need not be the case and only results from the negligence of the developers and their consultants in failing to recognise the importance of these trees and design their buildings accordingly.

As identified elsewhere (e.g. developer's Ecology Strategy, Ms. Gina Rackley's objections) Abney's old poplars are extremely valuable wildlife assets. They have the capacity to provide roosts for bats but without a proper survey the degree of actual occupation, if any, remains uncertain. What is known is that Abney's veteran poplars do support populations of the following protected species:-

Of the above Pediacus depressus is particularly significant since this beetle has never previously been recorded in London. It is a rare species that is very hard to find and therefore there is little known about its specific ecology. However it is known to be associated with the bark of old trees and its presence at Abney is a further indication of the site's significance for rare and important tree dwelling species.

Tawny owls breed at Abney every year. They always use cavities in veteran black poplars. Tawny owls are priority BAP species in Hackney, Haringey, Westminster and other London boroughs.

The other trees and scrub, given scant regard in the developers proposals, are also of value to wildlife.

Other Wildlife at Abney

In addition to all the matters mentioned above there are several other species threatened by the proposed development. Obviously the considerable shading from the proposed new building will have a detrimental effect on many species within Abney's woodland. Heat and light are fundamental to most forms of life. Increased shading and associated cooling will reduce the value and extent of habitat currently suitable for a very wide range of Diptera (especially hoverflies – including the nationally notable Sunfly Volucella zonaria – above left); Odonata (many species of dragonfly use Abney for feeding); Lepidoptera (e.g. UK BAP species butterflies like the White-letter Hairstreak – above right - which is well established at Abney and is often seen even at the front gates on Stoke Newington High Street); Hymenoptera (Abney is home to a large number of species of bee including the nationally scarce and Londan BAP priority species – Girdled Mining Bee Andrena labiata – above centre). All of these species are highly sensitive to light and heat and all will be adversely effected by the shade cast by the proposed building.

The rarest plant in Abney is probably Broad-leaved helleborine Epipactis helleborine (photo right). It occurs at only one place within approximately 100m of the development site boundary. It is in flower now (August 2012) and will be shaded by the proposed development.

Considerably more could be said but as a local volunteer I am not in a position to do the jobs of professionals whose responsibility it is to ensure this kind of stupidity does not happen. It is extremely negligent and completely absurd to contemplate such a development without first conducting a full Environmental Impact Assessment.

Wilmer Place itself supports a number of species of flowering plant and given its currently open nature many species of insect feed on the plant's flowers. On a very brief observation during June 2012 I noted at least 5 species of bee and 4 species of hoverfly including the very attractive Xanthogramma pedissequm (see top).

For more on the enviromental impact of the proposed development see the SH Biodiversity page.

Reading this I was struck with the depressing similarity with the 'development' of Porter's Field Meadow, Leyton Marsh where no EIA was conducted and subsequently tonnes of hazardous waste were excavated adjacent to the SSSI of Walthamstow Marshes. It is clear that this is not simply a problem with one rogue council but with a large number of councils who base policy on the demands of the developers, not the views of the local people or the need to conserve our green spaces.

Whilst there is obviously no harm in strengthening the planning framework to my mind the big problem is LBH planning politics and officer competence.  Time and time again the planning department make bad decisions despite guidance to the contrary.  In this case the EIA regulations are clear and what LBH are effectively saying is that they will NEVER require an EIA. They are desperate to permit every possible development and have no planning control.  This means a cultural and political bias in favour of development and against any control.  Officers need to fear political implications of bad development but in Hackney Labour councillors are in bed with the developers and committed to wholescale social engineering.  Unless the ruling elite stop working for profiteering developers and start caring about Hackney no amount of planning policy will stem the tide of destruction.

I'm astonished at the lack of an EIA on a site next to a Nature Reserve.  Shows how we need to strengthen the planning framework through the Development Management Plan