How Food Waste Can Get You Tipsy in Hackney 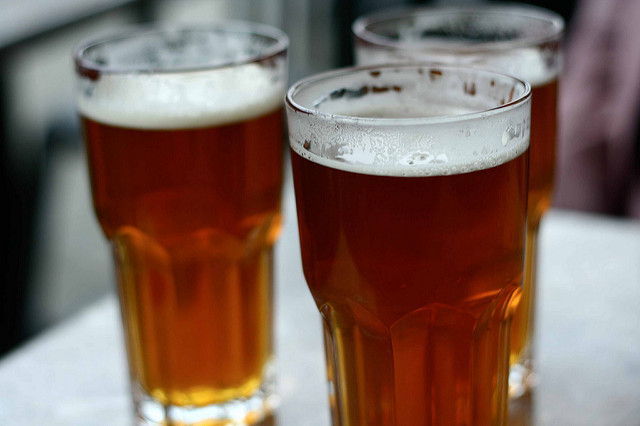 A Hackney brewery gained popularity this winter when they joined the UK's nation-wide food waste campaign. The venture called Toast Ale and was dedicated to utilizing London's increasing amount of wasted bread.

The Hackney-based brewery led by Peter Hill partnered up with Tristram Stuart, the renowned British environmentalist and food waste activist. The complex issue of million tonnes of food thrown away as rubbish was suddenly put into a clear plan of action.

The first step of the process is rubbish collection - Toast Ale only uses discarded bread for the making of its fine ale. The bread is collected with the cooperation of local bakeries, delis and commercial sandwich makers and includes stale bread that would otherwise be thrown in the waste bin. Well, how much bread could that be?

According to recent studies, bakery products are the second most wasted edible in the UK, right after fresh produce such as fruits and vegetables. Recent UK food waste infographic by a London rubbish clearance company shows that UK households generate the biggest amount of that waste, summing it up at about 42% annually.

So manufacturing and selling beer made out of discarded bread does a lot more than utilize waste resources and help the environment. It addresses both the root and the solution of the food waste problem - the consumers. Buying "ethical" products pushes people to reconsider their habits, or put in simpler terms - they make you go "Oh, I can't believe the bread I throw out every week can actually get me pleasantly drunk on a Sunday evening."

That's all thanks to the second step of the process, the brewing technology. Starches from the bread are turned into fermentable sugars, resulting in a pale ale with hints of oats and caramel. The technology was borrowed from the Brussels Beer Project, another European initiative to tackle the food waste problem with innovation and positivity.

The final step, with a greater significance than any waste collection or brewing technology, is marketing. Or what would be an even better description for the promotion of Toast Ale - word of mouth. The idea behind the project caught up so fast through Twitter, press releases and other media that the beer became popular among a growing eco-conscious community in London.

To quote its own creator, Tristram Stuart:

“We hope to put ourselves out of business. The day there’s no waste bread is the day Toast Ale can no longer exist.”