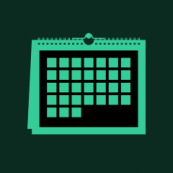 Campaign against Climate Change is one of the many organisations that will come together to show their shock at Donald Trump's electoral victory. Many of Donald Trump's beliefs and policies are isolating, provocative and damaging for not only people, but also the environment. He is a climate sceptic, calling global warming a hoax, being made up by the Chinese. With Trump about to become one of the most powerful figures in the world, we need to show him that climate change is a real and immediate threat to not only the US, but to the rest of the world.

On the day (20th January), we shall stand in solidarity with activists in the US, protesting on the day of his inauguration.