The orchard at Spring Hill was planted by TMs and others in two stages between 2005 and 2007. The trees have grown well on the fertile soil but without mowing the site has also nurtured nettles, comfrey, bindweed and brambles. Every year TMs do battle with the vegetation to keep the site open and with a posse of 11 on Sunday we made a major impact. 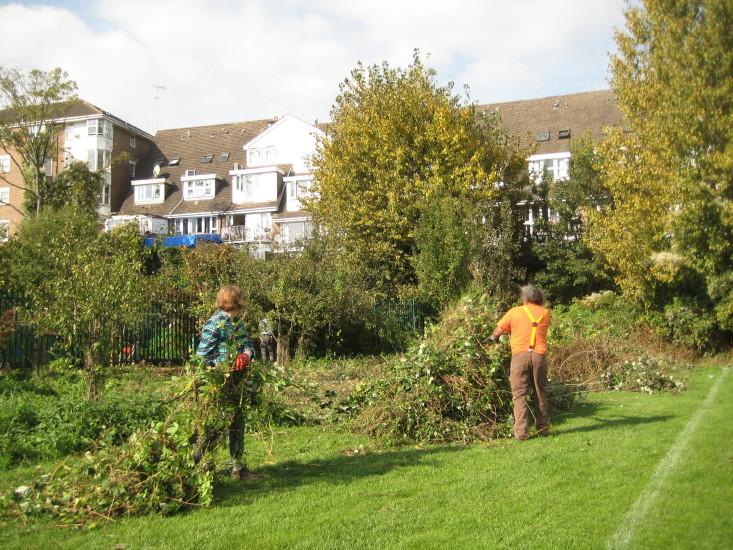 Our objective on Sunday was to expose all the fruit trees and to create access for LBH Parks mowers. Hopefully the site can now be mown once or twice a year to prevent the jungle returning. Volunteers left with a few scratches, brambles fight back!, but with a huge sense of achievement. The before and after photographs hardly convey the enormity of the task but the mounds of cuttings give some idea. 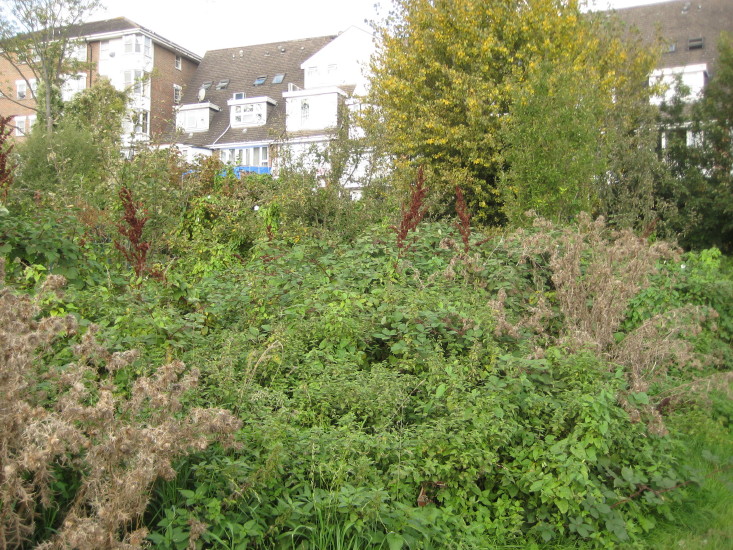 Watch the SH Events page for details of TM events.

This exploit is the topic of the first ever Tree Musketeers (@TM_Hackney) tweet.

Christine & I, lingering behind afterwards in the shrubbery, got an unexpected reward when Brent popped round from the nearby allotments to treat us to some of his grapes. The rest of you had just gone, so for you virtue will have to be its own reward.