Fracking was headline news this September while at the same time dire warnings were sounded by the IPCC about the risk of runaway climate change. Fracking companies across the country are now poised to step up fracking for shale oil and gas and their flagship Caudrilla is readying itself to drill in earnest at Preston New Road near Blackpool. However, just a few days in and earthquake tremors interrupted their plans bringing them more negative publicity. Our government has smoothed the way for drilling to start and have further plans for fast-tracking fracking that include designating it ‘permitted development fracking and possibly lowering the seismic threshold.

Sustainable Hackney was among the many who conveyed solidarity to the three activists imprisoned for impeding the drilling convoy at Preston New Road. After receiving harsh sixteen month custodial sentences from a judge, whose personal family connections to the oil and gas industry were revealed surprisingly by the Daily Mail, a dramatic reversal of events ensued . After a storm of reaction: pickets at prison gates, petitions, letters and media, the sentence was quashed and the following Saturday more than a thousand emboldened demonstrators triumphantly renewed their protest.

Resistance to fracking is growing and within the Tory’s ranks there are cautionary sounds of alarm. They have woken up to the fact that they are isolated. Not only is the Labour Party committed to a ban and the SNP and Welsh Government have a moratorium but the Tories know from polls that fracking is deeply unpopular with only 13% support. The Conservative manifesto said fracking would only continue with public support but polls show support for fracking is at a record-low, with nearly three times as many people opposing it as supporting it.

Fracking reveals two very unpleasant truths and one other: first, it reveals the inherent madness of a system which allows short term financial profit to endanger our fragile planet and increase the risk of catastrophic climate change. Second it provides a clear example of corporate and regulatory capture, blowing apart the myth of the neutrality of the state and showing how policies, laws and policing have been shaped and bent in the interests of the global economy’s most powerful corporations and thirdly it shows the potential of this issue to unite and galvanize communities to defeat these interests. Masses of committed persons can be bold, creative and utterly stymie these interests.

Today the scientific consensus is that we have a limited ‘carbon budget,’ an amount of carbon- fossil fuels beyond which it is not safe to use. A maximum of 20% of reserves can possibly be used but 80% must be treated as unburnable carbon. They must be written off as ‘stranded assets’ But the ‘business plan’ of the fossil fuel companies is to protect their infrastructure and use their assets even it this is four times more than is safe. Now after several years of oversupply, the oil and gas industry is experiencing a supply crunch. Supply is not keeping up with demand. Easily exploitable and cheap sources of energy are getting used up and it is having to move to newer and what are called’ unconventional fossil fuels. This means literally scraping the barrel.

Fracking is simply obstructing us from investing in renewable sources of energy and encouraging continued reliance on fossil fuels. As James Hansen, a one-time director of NASA and the man dubbed the ‘father of climate science’ put it to energy minister Claire Perry “So the UK joins Trump, ignores science… full throttle ahead with the worst fossil fuels,” “The science is crystal clear, we need to phase out fossil fuels starting with the most damaging, the ‘unconventional’ fossil fuels such as tar sands and ‘fracking’.” His blunt outburst to the British government followed the IPCC report which warned a mere twelve years remains for global warming to be kept to a maximum of 1.5C beyond which even a half a degree will be lead to a catastrophic worsening of the risks of drought, floods, extreme heat and poverty for hundreds of millions of people. The IPCC co-chair commented, “This is the largest clarion bell from the science community and I hope it mobilises people and dents the mood of complacency.”

Clearly it is the government, our elites and the media who promote complacency but we know from the experience of the 2008 financial crisis that when it is decided to declare a crisis the response can be staggering. Trillions of dollars and pounds for the bailouts were conjured from nowhere. We were told the banking crisis could not be allowed to happen; the economy would collapse without intervention in the interest of our collective survival. Funny then that the unfolding climate crisis will ruin billions more people’s lives but for our leaders does not come into the same ‘crisis category’.

The dramatic cuts to emissions that must occur to stop a climate catastrophe are treated like a hint, a gentle nudge or a wink to be ignored or put off to some distant future. But there are millions of us who want to change this. As Naomi Klein put it “What gets declared a crisis is an expression of power and priorities; but politicians are not the only ones with the power to declare a crisis, mass movements of ordinary people can declare one too.” In coming months opportunities are scheduled for us to make just such declarations and now is the time to plan more. 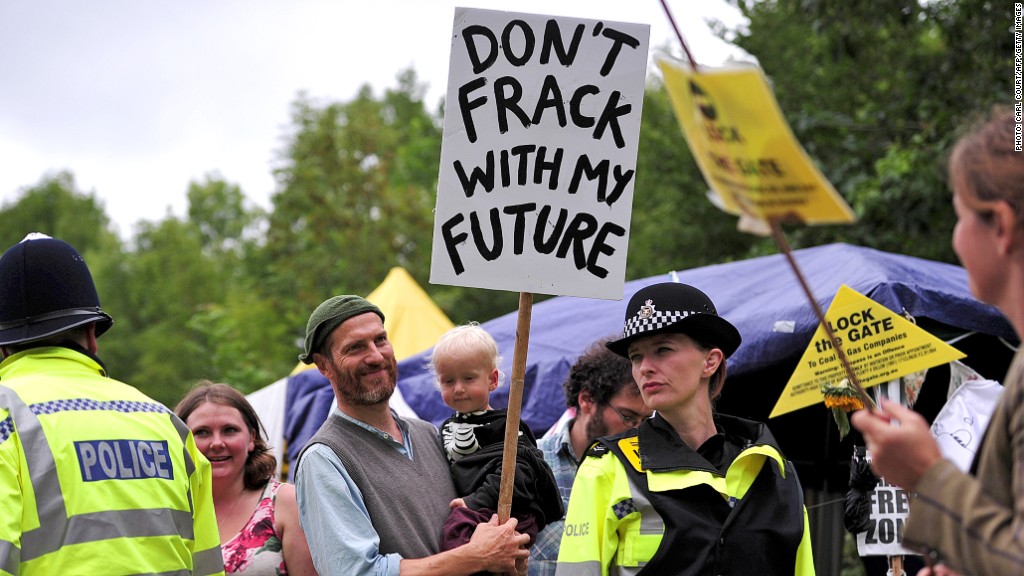