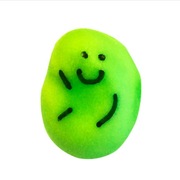 Farmers from the Global South are already the most effected by global climate change.  This is despite the fact that they and other people from the majority of the world have contributed least to causing it.  Fairtrade gives farmers a collective voice and platform to raise their concerns, and some will advocate at the forthcoming Climate Change talks in Paris.  This is a global union of people on the ground; people who really know what is going on.

You can stand in solidarity with them by attending The People’s Climate Change March on Sunday 29th November.  Then, from 5pm, at the After Party at the Hive in Dalston you can try Fairtrade nuts from Liberation Foods CIC, based in Shoreditch.  Liberation is the UK’s only Fairtrade nut company which is owned by cooperatives of small scale, mixed producers from around the world.

Environmental development is a key principle of Fairtrade.  In order to achieve Fairtrade certification producers need to prove they meet stipulated environmental, as well as labour standards.  It is understood that social and environmental justice are mutually beneficial, and over 50% of Fairtrade producers are also certified as organic.

Organic farming is a good way to combat climate change, since nitrate fertiliser production is one of the most energy intensive industries, and phosphate is a scarce resource.  As a crude example, intensive use of inputs is generally required in monoculture farms to overcome nutrient losses, and this, along with mechanisation is feasible at sufficient scale.

Large companies will often trade in the highly concentrated world market.  Through a complex value chain products may end up: used for agro fuel, kept in storage for speculative gain on price fluctuations, gone off, dumped abroad or fed to livestock.  Incidentally, livestock farming is the cause of 51% of greenhouse gas emissions.  At great environmental expense the world food system has failed to distribute the world food surplus, and created cruel local shortages. Human effort and the planet goes to waste.  However, over half of world food is produced on 20% of arable land by small family farms.

For example, Liberation nut farmers use low input methods to produce a mixture of crops for their own food sovereignty, domestic and international sales, at a fair price.  They sell to their own company, who then sell the product to consumers.  This article illustrates the environmental benefits of Fairtrade, by explaining some practical ways Liberation farmers deal with climate change.  It then also explains the environmental and social benefits of eating plant-based proteins, such as nuts.

Nicaraguan peanut plant farmers Del Campo were affected by Hurricane Mitch in 1998.  The cooperative pulled together and funded 800 hectares of sesame production, enabling 250 of the worst impacted member families to return to work.  Since working with Liberation, Del Campo have used their premium money (a lump sum paid to cooperatives) to improve storage facilities to prevent their products degrading in warm or wet weather.

Del Campo grow their peanuts in the traditional manner, without fertilisers.  They use their premium money to train one another in organic techniques, such as: creating terraces, creating organic fertilisers and soil conservation.  Terracing and soil conservation will help farmers where soil is expected to dry, compact, and erode with climate change.  Such agro ecological methods can increase productivity in marginal areas.

Some FTAK cooperative cashew tree farmers from Kerala, India have struggled with landslides in monsoon season.  These can destroy not only crops, but also their homes.  Extreme weather events occur currently, but are predicted to become worse in the future.  The FTAK farmers collectively decided to spend their Fairtrade premium on a fund to insure members affected by natural disasters.

Conversely, sometimes there is less rain.  Weather patterns around the world will become less predictable with climate change.  As a Fairtrade farmer, Dileep Joseph of FTAK and his family have earned extra money, which they plan to spend on irrigating their farm.

FTAK used their premium money to fund organic certification, and also offer members training in wildlife conservation.  The FTAK farms are biodiverse habitats, where organic farmers have diversified the varieties of crops they grow; and being part of a cooperative gives farmers economies of scale without having to specialise.  Such mixed farming helps the farmers, as plants support one another through their differing properties.  For example, legumes fix nitrogen from the air, and others have deep roots to reach water.  Tree crops can be incorporated in agroforestry, or forest gardens to provide a long term investment, along with soil stability and shade.

Furthermore, crop diversification offers farmers resilience to both price fluctuations, and environmental shocks which could affect one crop more than another.  Reducing fertiliser use reduces costs, and increased crop diversity makes for a healthier, more varied and less contaminated diet available to the community.

Liberation Brazil nuts are gathered from remote regions of the Amazon in Bolivia by the COINACAPA cooperative.  One of the impacts of climate change is changes in the frequency and intensity of floods and droughts around the globe.  When a flood occurs in Bolivia this can cause power cuts, and block the roads and change the currents of rivers used to deliver nuts to the UK.

As a Fairtrade company Liberation makes long term partnerships with suppliers, and is therefore understanding in the face of such difficulties.  Producers previously had to go out gathering nuts the rainy season.  However, Fairtrade producers are paid in advance, which enables them to collect nuts before the weather becomes too bad.  COINACAPA themselves spent their Fairtrade premium on improved storage to reduce product spoilage, and transportation for easier access to markets.  The difficulty keeping products fresh and delivering them on time is a common cause of food waste.

COINACAPA also spent their Fairtrade premium on organic certification, meaning they process the nuts in a non-polluting way.  Organic produce can access organic premium prices locally and internationally, as well as the recognised minimum Fairtrade price.  Brazil nut farmers are willing defenders of the rainforest which provides their livelihoods, and campaign against deforestation.

Plant based protein protects the environment

Cattle ranching is the primary cause of Amazon deforestation, and it has been estimated that 51% of greenhouse gas emissions are caused by animal agriculture. Writing in a personal capacity, I believe that eating nuts is better for the planet than eating cheese, eggs, or meat.

Farmed animals are fed 70% of world soy harvest, as well as half the world grain harvest, and a third of world fish catch.  Globally animals are kept on 70% of agricultural land, and a further 33% of arable land is used to grow feed crops.

As well as this, the meat industry is not a fair trade, since slaughterhouse workers experience low pay, and high rates of: injury, physical and mental illness, and the areas surrounding slaughterhouses have increased rates of family abuse and violence.

When I arrived at the After Party I discovered our nuts did not make it that far.  The organising team had kept them in a suitcase next to their van, while they loaded on the valuable music equipment.  When their back was turned someone squirreled the nut suitcase away.

Liberation nuts can be tried at:

This is what Liberation nuts cost in shops: