Rise up! Time to Act on climate change!

Join us for an evening of the film 'Disruption', discussion and organisation for the upcoming Climate Change march.

RSVP for Rise up! Time to Act on climate change! to add comments!

Please see our open letter below:

To the citizens of Hackney

It’s time to act on Climate Change.  We as residents of the London borough of Hackney and members of Sustainable Hackney are writing this letter because of our immense concern that the neither Government nor business are taking the issue of climate change seriously.

We are sure you’re aware that to avoid catastrophic climate change we have to act now, implementing laws and policies to control and reduce carbon dioxide emissions.  The next government must make climate change the cornerstone of their tenure and demonstrate to the world at Paris 2015 that they will take the necessary action.   Last year the IPCC (Intergovernmental Panel on Climate Change) was unequivocal that climate change is man made and that global temperatures must not exceed 2 degrees yet carbon emissions are still increasing year on year (along with global temperature records).

As residents of Hackney we are joining ‘The People’s Climate March’ on the 7th of March 2015 as an illustration of our commitment to a future that doesn’t cost the earth.  We are calling on all political parties, to put five key points into their manifesto for the upcoming election:

1/ End the billions of subsidies and tax breaks to the fossil fuel industry and divert investment into renewables.

2/ To create a million Climate Change jobs in the next Parliament.

3/ Introduce a system such as TEQs (tradable energy quotas) guaranteeing every citizen their fair entitlement to energy within a pre determined national carbon budget.

If you agree with these demands and support them, please join us on the march to campaign against climate change on March 7th.  We will be meeting outside the CLR James library, Dalston Square at 11.30 before taking the bus to Lincoln’s Inn Fields, where we will congregate at 12.45 in the North West corner before marching! 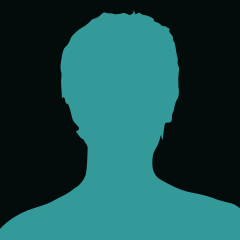